A Modern-day Role Model for Women & Girls in STEM

As Dr Catherine Hamlin turns 95 years of age this month, we reflect on the path this pioneering Australian Doctor paved for women and girls all over the world.

Dr Catherine and Reg Hamlin arrived in Ethiopia 60 years ago, in 1959, originally to establish a Midwifery School in the general Hospital in Addis Ababa. Their attention soon turned to the plight of fistula sufferers. They had never seen a fistula before and were told, “the fistula patients will break your heart.”

Their work would forever change the landscape of maternal healthcare in Ethiopia. Catherine’s journey is particularly remarkable considering the status of women’s rights in the 1950s.

During the 1950s, social attitudes, education and patterns of paid employment reinforced the idea that a woman’s place was in the home. Women were denied opportunities in the workplace and often discriminated. Women’s minimum wages were set at 75% of men’s wages. Employers such as the Commonwealth public service, banks and the NSW postal service did not employ married women. Society assumed that men were required to look after women’s interests. For example, women were not allowed banks loans without a male guarantor. 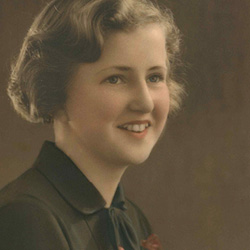 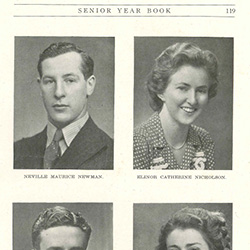 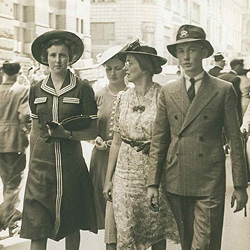 A long way from Australia

Far ahead of their time, Catherine and Reg’s adventure to Ethiopia was a bold one. In 1959, they arrived at the Princess Tsehai Memorial Hospital. One of the first friends they made was Sylvia Pankhurst, daughter of the famous English suffragette Emmeline Pankhurst. Sylvia had raised money in Britain to fund the building of the hospital, which opened in 1951. Sylvia’s fundraising efforts and advocacy would become mirrored in the Hamlins’ journey toward opening and running the world’s first fistula hospital.

After Reg’s death in 1993, Catherine’s work continued to change the lives of thousands of women. As a pioneering woman and early feminist, Catherine continued to inspire those in the medical profession and beyond.

Catherine’s work in Ethiopia from 1959 until today, has no doubt improved maternal health care drastically. In 1990, the World Health Organisation (WHO) reported the mortality rate for mothers in Ethiopia was 1,250 deaths in every 100,000 live births. There has since been a 70% reduction, with current reports stating only 353 maternal deaths occurs per 100,000 live births (3).

Hamlin Fistula Ethiopia has made a significant contribution to reducing maternal deaths by increasing access to quality maternal healthcare, especially in under serviced rural areas. You can read more about this in another blog here.

To date, Catherine and her team have treated more than 60,000 women with obstetric fistula injuries. Since the Hamlin College of Midwives was established in 2007, 145 highly skilled midwives have graduated and work in over 50 Hamlin-supported midwifery clinics in rural areas of Ethiopia. In addition, Catherine’s Rehabilitation and Reintegration Program has provided life and business skills to thousands of women, so they can lead an independent life back in their communities.

As one past patient described: “Now I command my body and lead my life with happiness.” 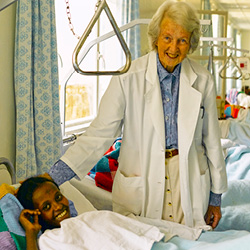 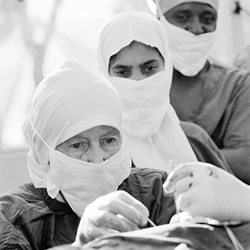 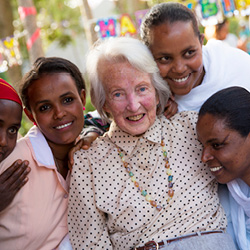 60 years of Catherine’s life has been dedicated to empowering women, through providing quality health care and education. Today in 2019, at age 95, she is still a truly inspiring female leader. Catherine has been nominated twice for the Nobel Peace Prize, in 2012 she was awarded honorary Ethiopian citizenship and in 2018 she was named NSW Senior Australian of the Year.

Countless women studying and working in STEM disciplines have expressed that Dr Catherine Hamlin was their inspiration. At 95 years of age, Catherine has inspired and empowered generations of women.

In this milestone year, please consider donating today, to make a difference in the lives of thousands of women.