Catherine and Reg – a love story

“Reg was fifteen years older than me, but this did not enter into my thoughts. After I had been there about a year, an undeniable attraction began to develop, which I soon realised was mutual. At first we were discreet. I would walk down Crown Street towards the city, and Reg would follow a few minutes later and pick me up in a taxi. We would sometimes have dinner at Ushers Hotel or go to a film. If we had a day off together on the weekend, we might go surfing at Cronulla or Manly.

There was an intercom system in the hospital where the wards would communicate with Reg’s living quarters without going through the switchboard. If I was on night duty we would sometimes use this to speak to each other. Once when I was expecting his call, I answered the phone, “Hello, Darling.” It wasn’t Reg but one of the medical staff enquiring about a patient. Despite our precautions it wasn’t long before everyone was aware of our courtship.

After we had been seeing each other for about six months, I went to his office to discuss a patient. I was standing on the other side of his desk when he came round and put his arm around me. He kissed me and said he loved me. I was quite overcome and said that I loved him too.” – Dr Catherine Hamlin 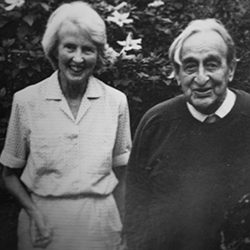 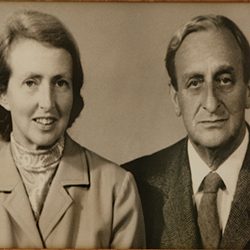 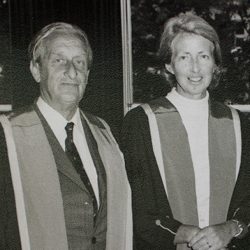 You can read the full story in Catherine’s book The Hospital by the River here.