Born and raised in Kombolcha, a rural town in eastern Ethiopia, Hindiya was part of the fourth graduating class from the Hamlin College of Midwives.

Soon after her graduation she was deployed to a new Hamlin Midwifery Clinic in Watar. Previously this government health centre had no trained midwives.

“I am very happy to be a Hamlin midwife. The unique and intensive training I received at the College, incorporated with clinical attachments, made me a highly respected professional among my own community, whom I have been serving for the past four years,” says Hindiya.

Hamlin midwives are deployed back to regional communities where they grew up. This is important in attaining the trust of locals and understanding the community. Parents of Destu, a 17-year-old first-time mother, said the arrival of Hamlin midwife Hindiya changed their attitude towards childbirth. Where they were once fearful of their local healthcare clinic, they now felt comfortable and welcomed the work of midwives.

“As I am assigned to serve a community that I grew up in, it was very easy for me to adapt myself to my clients and convince the community in accessing my midwifery service,” says Hindiya. 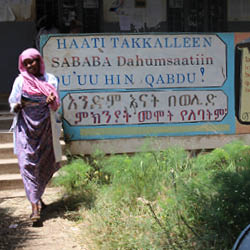 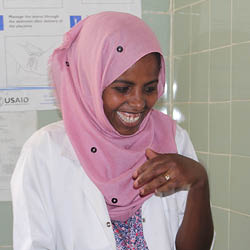 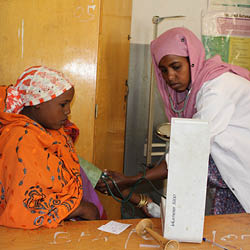 The presence of midwives like Hindiya, significantly increases the number of local women accessing care during their pregnancy. In the four years that Hindiya has been working in Watar clinic, the monthly number of deliveries has tripled from 20 to 60. Hindiya herself has attended over 1,000 deliveries over this time!

Hindiya, now 28, has started a family of her own. A fellow Hamlin College of Midwives graduate assisted with the birth of her daughter. “I would like to thank Hamlin Fistula Ethiopia for its high-quality training and for providing me with the opportunity to serve my people. I would also encourage those young girls studying midwifery at the College to study hard; let’s realise Dr. Catherine’s dream of ‘a midwife for every woman.’”

Hana grew up in the small rural town of Babile in Eastern Ethiopia. She was awarded with a scholarship to study a Bachelor of Science in Midwifery at the Hamlin College of Midwives due to her outstanding results in high school and her interest in obstetrics.

A student of the sixth graduating class of the College, Hana was deployed to the Hamlin Midwifery Clinic in Jarso in 2016. The Jarso clinic was recognised as the best performer in maternal healthcare in its region, a result largely attributable to the work of the four Hamlin midwives who have been deployed to the clinic.

“Dr Catherine is my role model who believes in supporting the poorest; I wish her a long and healthy life,” says Hana, “I would like to express my heartfelt thanks to the teachers at the College and the house mothers for sharpening my profession, as well as my personality.” 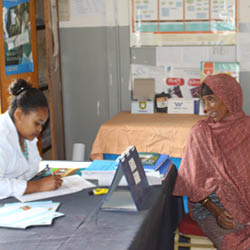 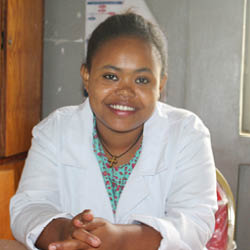 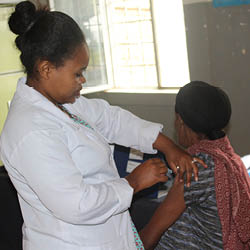 There are 145 Hamlin midwives working in over 50 Hamlin-supported midwifery clinics across rural Ethiopia. In FY18, Hamlin midwives delivered 23,377 babies. Their ability to integrate and create bonds of trust in rural communities lead to more women seeking medical care during their pregnancies.This means when women enter obstructed labour, warning signs can be detected and they can be transferred to a hospital in time to have safe delivery. Fistula injuries are prevented.

Students attend the Hamlin College of Midwives on scholarships thanks to the generosity of donors, like you. Thank you.

You can support Hamlin midwives by donating today.