A fistula for two decades. Now a life full of hope.

Hawa has two daughters and a son – who all have children of their own – and for most of their lives, Hawa has lived with an obstetric fistula.

With little access to maternal healthcare in her remote village, Hawa believed her injury was incurable. Now in her 60s, she has lived with the agony of a fistula for a third of her life.

Hawa is one of millions of Ethiopian women who give birth without a doctor or nurse present. It was Hawa’s fourth pregnancy, when she was forced to give birth at home, that she began to face complications. After an excruciating labour lasting two nights, Hawa’s baby was stillborn and she had suffered a fistula injury. Hawa was left leaking urine, constantly.

Imagine suffering for days through an excruciating obstructed labour, losing your baby and then suffering the most horrendous internal injury. Just because you are a woman without access to effective maternal healthcare.

“I never have heard of such shameful injury in my life and hoping that it is the conditional result of the hard labour which could stop sooner I kept silence and didn’t talk about it,” Hawa recalls.

Towards healing and hope

For the next 20 years Hawa lived in social isolation. When she needed to go to the market, she would keep her distance from other shoppers. At the mosque, Hawa would separate herself from everyone else. She would rarely attend social gatherings, instead Hawa was confined to her home for two decades.

“In our culture this is something that you couldn’t talk to everybody and most villagers didn’t know what exactly happened other than I just was sick.” said Hawa

Hawa’s husband and three children did what they could to alleviate her suffering. They would wash her sheets and clean her clothes, but Hawa was still forced to endure this horrific injury.

“I and my family already have thought that it is incurable and focused on managing ways of living with it than searching for cure.” said Hawa. 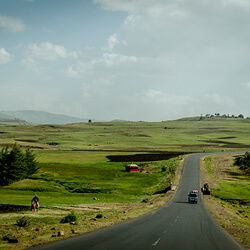 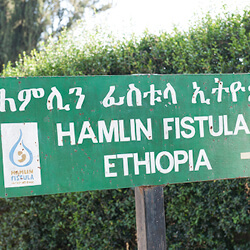 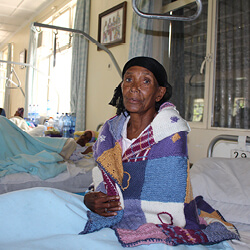 After Hawa was identified by Hamlin’s Harar Regional Fistula Hospital staff, she was quickly transported to Hamlin’s main fistula hospital in Addis Ababa to receive treatment for her fistula. Although obstetric fistula can often be cured with a simple surgery, women who have lived with their injury for years, or even decades like Hawa, face a higher risk of complication and their cases are often considered more complex.

“Back in my village when they first identified me and told me that I could get cured I didn’t believed it. I just decided to follow them being in my dilemma. But they are right I am now cured. For an old woman like myself the only power I have is prayer. I will pray for all of you here and for the long life of this hospital day and night. Thank you for making the impossible possible.”

Following two weeks of pre-operative care, Hawa underwent her surgery. Within a month of walking through the doors of a Hamlin Hospital, Hawa was completely cured.

After 20 years of suffering, her dignity was restored. 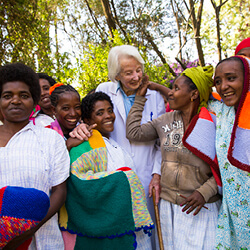 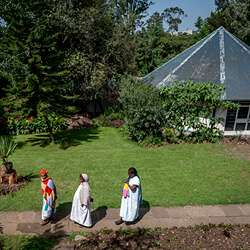 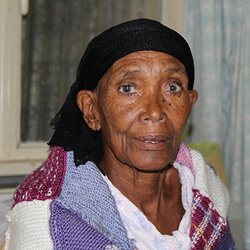